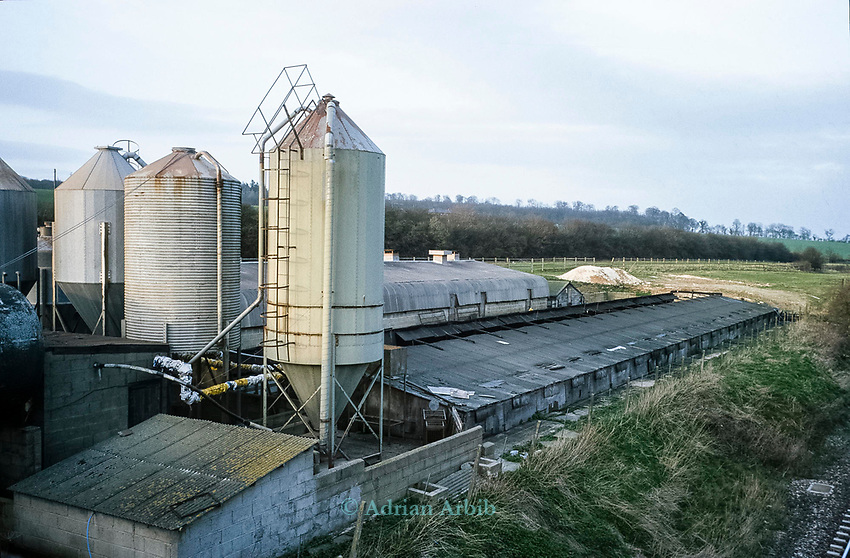 One of the pig farms being investigated near the River Kennet. In one of Britain's worst ever incidents of river poisoning which killed more than three million fish.
Scientists from the Agency say carryed out door-to-door enquiries at farms and businesses around the village of Little Bedwyn, Wiltshire,
It is thought contaminants entered the river near the village and spread downriver to the Berkshire Trout Farm, near Hungerford, wiping out its entire stock of more than 150 tonnes of trout .
The Environment Agency's area manager Stu Darby said: "This is one of the largest incidents of its type in the region to date
© Adrian Arbib